If you're looking for a cycling tour that offers epic rides, heaps of culture, great chocolate and an amazing all round experience, Switzerland might just be your destination

Superb roads and unspoiled scenery: Switzerland is a road cyclist’s dream. Flat cycle paths on the banks of the lakes. Hill after hill that follow the Mittelland’s traditional countryside and, then, there are the Alps with their 17 passes peaking more than 2000 metres above sea level among the snow-capped peaks offering the most stunning vistas.

The Swiss mountains have long given visitors and cycle tourists a deep sense of wellbeing with its fresh air, pure water, lush alpine flora and magnificent views. Switzerland has always drawn people in due to its location at the crossroads of Europe. Romantic literature and art sparked unprecedented enthusiasm for the mountains in the 18th and 19th centuries. So if you are looking for a cycling tour that is more than just about the bike, Switzerland is highly recommended.

Mountain roads and epic vistas that any cyclist would love to experience!

The postcard image of cycling crystalline lakes framed by snow-covered mountain peaks is accurate. Switzerland is located in the heart of the Alps, with its massive mountains dominating the country’s southern region and the Swiss Plateau, with its rolling hills and expansive lakes, is home to the country’s most populous cities.

With the Jura Mountains, located further north, it forms the border between Switzerland and France. There is plenty of scenery in Switzerland for nature lovers to feast their eyes on – and even more to experience.

These mountains and roads have been the battleground of many of the great duals in professional cycling history. One of our favourite routes, Emosson Dam, was even a stage finish of the 2016 Tour de France. Local cycling legends and heroes’ names can still be seen graffitied on the road to stay. The views of Mont Blanc are breathtaking all the way to the summit of this difficult route. The climb is included in our route at the bottom of this page.

The country is traversed by a network of well-developed and well-signposted national cycle paths known as Velo Routes. Cycling signage in Switzerland is exceptional. Local, regional, and national bike routes, usually on separate cycle paths, and a close network of dependable public transportation are the best prerequisites for a fantastic cycling holiday in Switzerland.

Switzerland is a true cycling paradise for those looking for a challenge: the country has nearly 70 road passes at elevations of more than 1,000 metres. Here is one of our favourites, Saint Gotthard Pass.

It is one of the main roads through the Alps, connecting the Mont Blanc tunnel to the west and the Brenner Pass to the east. It has been in use since the 13th century.

Fortunately, a 17 km gallery that opened in 1980 absorbs the majority of the transit traffic, and tourists in vehicles usually take the main road through the pass, which cyclists are not permitted to use.

So, where do the cyclists go? They take one of the most extraordinary ascents known to man: the Via Tremola, a road built on the south side of the pass between 1827 and 1832, whose most spectacular section includes 24 hairpin bends in less than four kilometres.

Not only that, but the final five kilometres are cobbled. These cobblestones, however, are nothing like the traditional cobblestones of the north, as they are perfectly carved from granite and very orderly, so expect a much smoother ride than if you were cycling touring on Belgium cobbles.

The Via Tremola is visually distinct. The average gradient is 7% and never exceeds 10% until you reach the summit at 2,106 metres. The cobbles slow you down, but you’re stopping so frequently to take photos that you don’t notice.

On this pass, you forget about performance, and only the Tour de Suisse participants, who have taken this road nearly 40 times since 1933, give it their all, enjoy the views is our advice.

The road to the dam follows in the footsteps of your Tour de France heroes, with two mountain passes to conquer: the Col de la Forclaz at 1,528m and the Col de la Gueulaz at 1,956m.

This is an iconic ride to the summit, with the last 6-7 kilometres presenting a difficult challenge. It's a high alpine pass where the altitude is just as difficult as the gradient. With so much history attached, it should be on your must-do list. 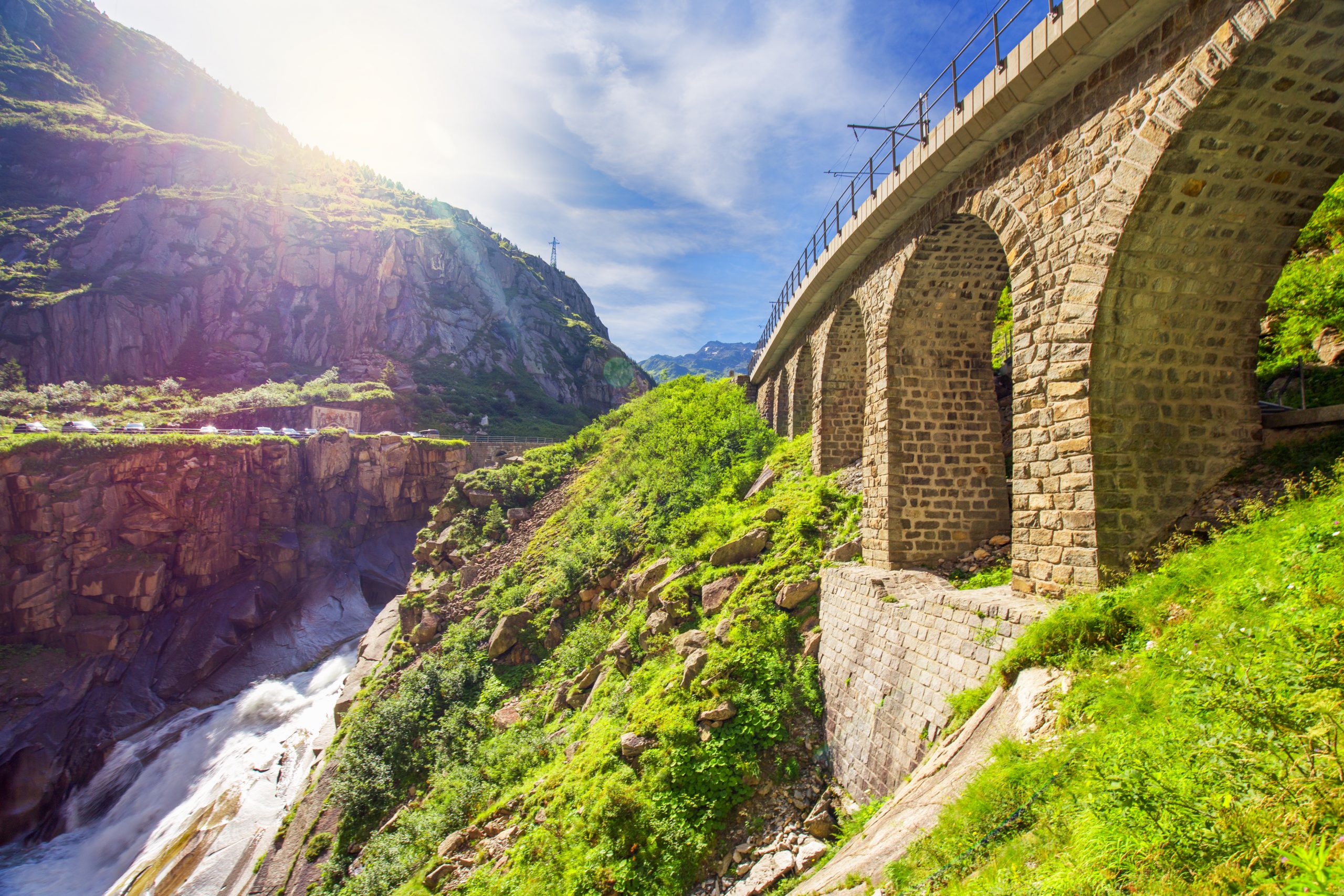