Kristen Faulkner is a professional cyclist riding for Team Bike Exchange. She has been riding professionally for around four years and in that time has gone from novice to international athlete with a world tour contract on one of the biggest teams in the industry. The 2022 season has been busy for Kristen, with the Cobbled Classics throughout spring, the Tour de Suisse in June, then the Giro Donne followed swiftly by the Tour de France Femme in July, the first female Tour de France since 1989.

This year alone she has won several stages in various races, including the opening time trial at the Giro d’Italia Donne to take the Maglia Rosa and start Stage 2 of the race atop the leaderboard. However, Kristen did not arrive on the cycling scene as you might expect. Despite having always been into sports and rowing in the varsity belt at Harvard University, where she studied, Kristen had never been an avid cyclist. When she moved to New York City in 2017 to start a job following graduation, she found that she was missing this active side of her former life and started investigating new outlets for sports in the city. "I just kept racing and working my way up”

“I ended up going to an introductory cycling clinic held in Central Park. I went in just my sneakers and running shorts. The bikes had clip-in pedals and I kept falling off as we were doing drills and skills training around cones, but I really enjoyed it.”

Kristen persevered and continued to improve and soon signed up to a beginner’s race in which she finished in the top 3. “Since then, I just kept racing and working my way up”, she says. The following year in 2018 brought another move, this time to California. Now well and truly bitten by the bug, she continued to race at an amateur level on the West Coast and one day whilst on a group ride, she was spotted by Linda Jackson from TIBCO-Silicon Valley Bank cycling team, who offered her a place on the team for the 2020 season.

Unfortunately, what happened next is no mystery. The COVID-19 pandemic put all sporting events on hold and with them, international cycling races. Kristen would have to wait a little longer to don her new kit on the race course. Soon after the intense lockdown, athletes around the world were allowed to start training again, albeit with strict precautions and restrictions in place. But Kristen had other pressures on her mind as well as keeping herself and those around her safe.

“We continued training when things opened up again but I was combining this with full-time work in the financial sector. I would train for two hours in the morning before heading to the office from 9 am until 7 pm. At this point I still hadn’t competed in any professional races in the United States, but I was proving to be a strong cyclist.” 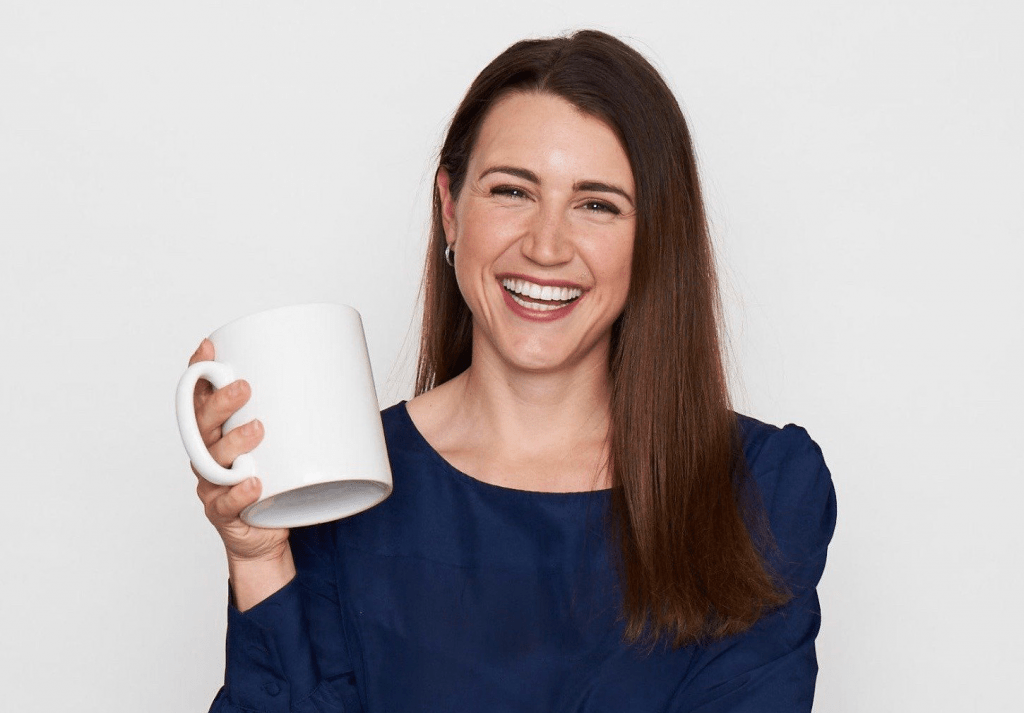 A short visit to Girona was all it took to fall in love with the city and eventually get to call it home.

As summer eased into autumn and the restrictions surrounding normal life started to lift, Kristen travelled to Europe with her new team to race the 2020 Tour Cycliste Féminin International de l’Ardèche, where she won the 133 km Stage 4 between Meyrueis and Mont-Lozère. No stage is an easy win, but much less so when you’re working to fit in your job before and after races, which is undoubtedly the case for many athletes at the start of their career.

“My office agreed that I could work part-time and remotely, which meant I could keep my job and still compete. But it may well have been the hardest two months of my career because I would be answering emails and having meetings before and after every stage, which made it very challenging to manage everything and recover. I was very tired.”

Eventually, as the season drew to a close, Kristen knew she had to make a choice; she chose cycling.

“I was offered another year-long contract with TIBCO-SVB and moved to Europe for the spring classics in 2021. I raced in the Giro Donne in July and then took two weeks off in Girona, and actually ended up staying! I wanted to find a team that was based more in Europe and that had more resources, and after not too long I joined Bike Exchange. At that time, the team was able to offer me more support in terms of medical care and advice on training, technical skills and nutrition, which made a huge difference.”

With a new contract under her belt and a new season on the horizon, Kristen’s training and performance started to take on new heights. In 2021 she was still getting used to the professional racing scene and due to the long pause in all sporting events during the lockdown, she was eagerly looking to gain more experience in how to train and race tactically and intelligently. With Bike Exchange, she was able to hone in on specific skills such as descending and cornering, with the results ultimately paying off when it came to race day.

“I used to think that it was all about stamina and how strong you are, but that’s only half of it. The more technically proficient you are as a cyclist, the more energy you save at crucial points in the race. That means that that energy can be invested later on where you really need to push.” 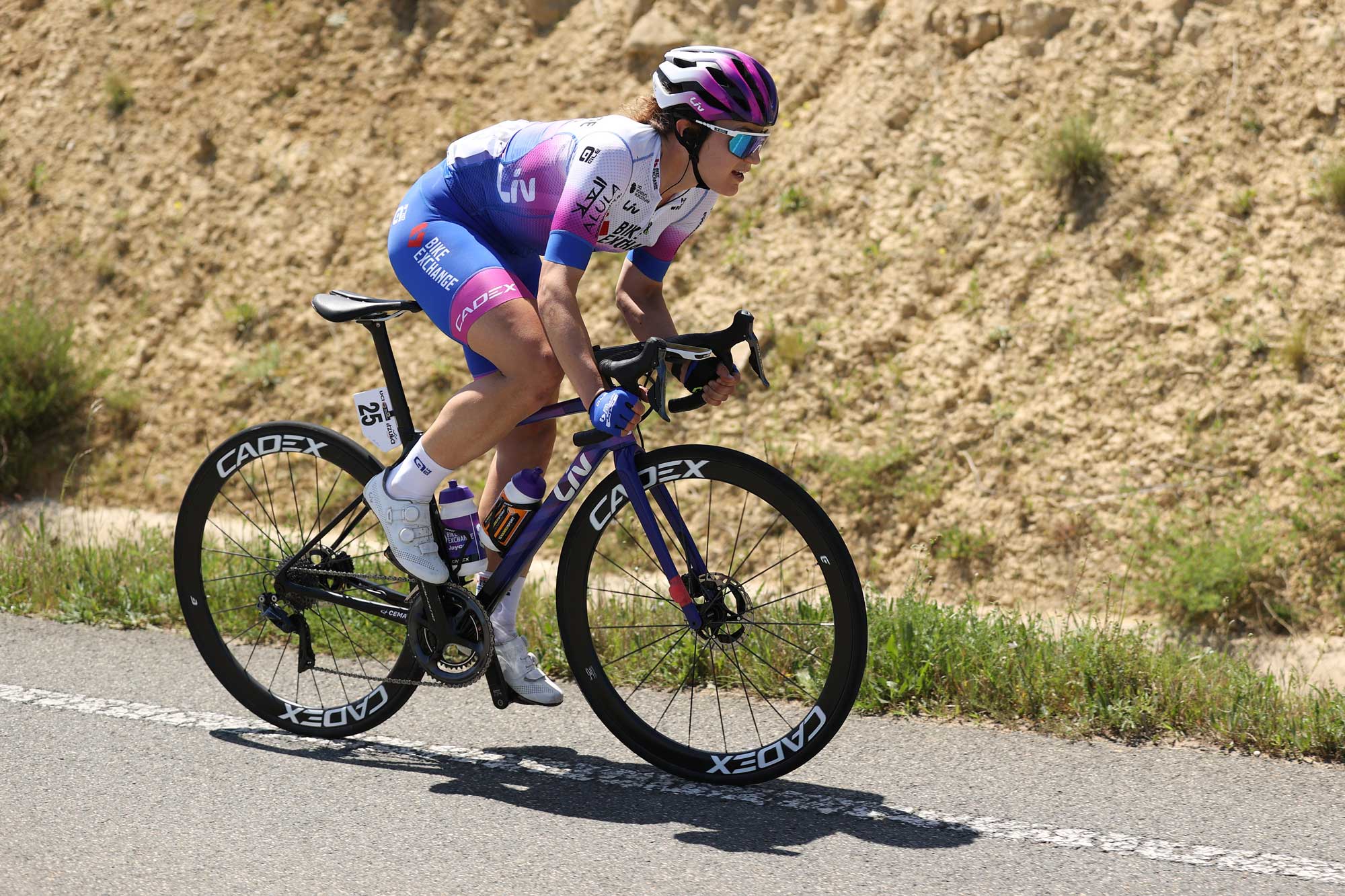 These racing techniques can be useful at all levels of cycling. Whilst you might save energy sitting in the slipstream of the cyclist in front of you, you also spend a lot of time and energy looking out for obstacles and signs of breaking, which is precious energy that could be used later on in the ride (or race). As an amateur cyclist, you learn to know where you feel comfortable riding in the peloton, and luckily can choose at your leisure. But as a professional, you have to know how to make the most out of every position and how to shift places if where you are isn’t working for you or your team. On the subject of technique, unlike some professional cyclists, Kristen is not opposed to the recent introduction of gravel sectors into the World Tours.

“At the end of the day, we ride on cobbles in the Tour of Flanders or the Paris-Roubaix, which also requires more technical skill and careful riding, and those races or cobbled sectors are widely accepted and have been for years. Why is gravel any different? You cannot guarantee you won’t get a puncture. But these sectors are not a surprise, you know what each stage involves before you set out at the start of the race, and there are things your mechanics can help you with in terms of tyre pressure that can reduce the risk of punctures.”

Let’s face it, even a casual Sunday spin can come with unforeseen challenges like these. It is a matter of calling on your experience and knowing how to tackle the terrain. As an amateur, it inevitably helps to know exactly how to deal with a puncture should you get one, which again comes down to preparation and practice. Whether you cycle professionally or not, road and riding conditions are often factors that lie well out of your control. Unfortunately, we cannot plan for every eventuality. Temperature changes (for better or worse) and road surface quality are things both professional and amateur cyclists need to know to adapt to, and the better we know how to adapt, the more energy we save for those all-important pushes later on. A big part of this preparation is also knowing how to fuel your body correctly, something professional cyclists are all too aware of. 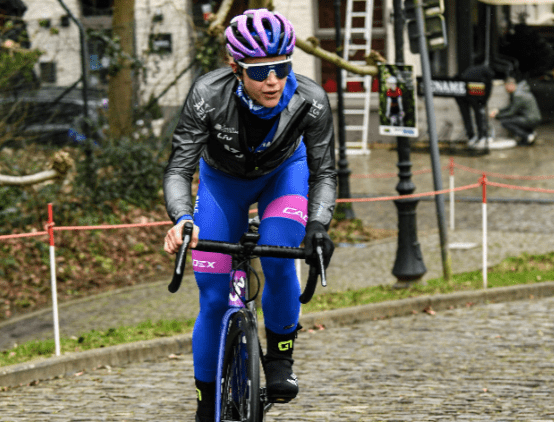 “I used to think that eating enough for endurance sports just meant eating enough calories, but it is much more than that. The type of calories you consume, the quality of those calories and when you consume them are also really, really important factors. For example, carbs are your best source of energy. You might eat a one thousand-calorie meal but a lot of that energy comes from fats. Which is great! Unless you have to cycle 120 km later that day. It is not going to fuel you in the same way carbs will. Timing and knowing when you need to fuel to have the maximum amount of energy at the start of the route is also really important. But everyone’s body is different, so it is also about understanding your own needs and how long you can go without needing a top-up. Essentially there is really no limit on how many carbs you should be consuming during a long ride!”

Another crucial point for any athlete is recovery. If you want to ride comfortably for several days at a time, stretching after the route is essential. Miss this step and your muscles could become tight and sore, and they won’t be able to perform at their best. Your body will start to compensate in other areas, which could lead to injury, especially if you are riding a lot. Kristen adds:

“Your immune system has a lot to do with how well and fast you recover, and if it is not working optimally, your recovery is going to be a lot slower. I would say make sure you wash your hands whenever you can and eat good-quality, clean food. The vitamins will do you the world of good. Also don’t drink too much alcohol as any kind of inflammation is going to take your immune system’s focus away from muscle recovery. In short, the stronger your immune system is, the faster you are going to recover.”

On these types of longer rides where fuel and rest are so important, your ride tactics are also of crucial importance. If the route is 120 km long with 2,000 metres of positive elevation gain, you don’t want to burn all your reserves on the first climb. On this, Kristen is undoubtedly an expert. “Pace yourself! Do not try and ride too hard at the beginning and be patient with your progress. It might take you a whole climb to warm up, but let the results come to you.” 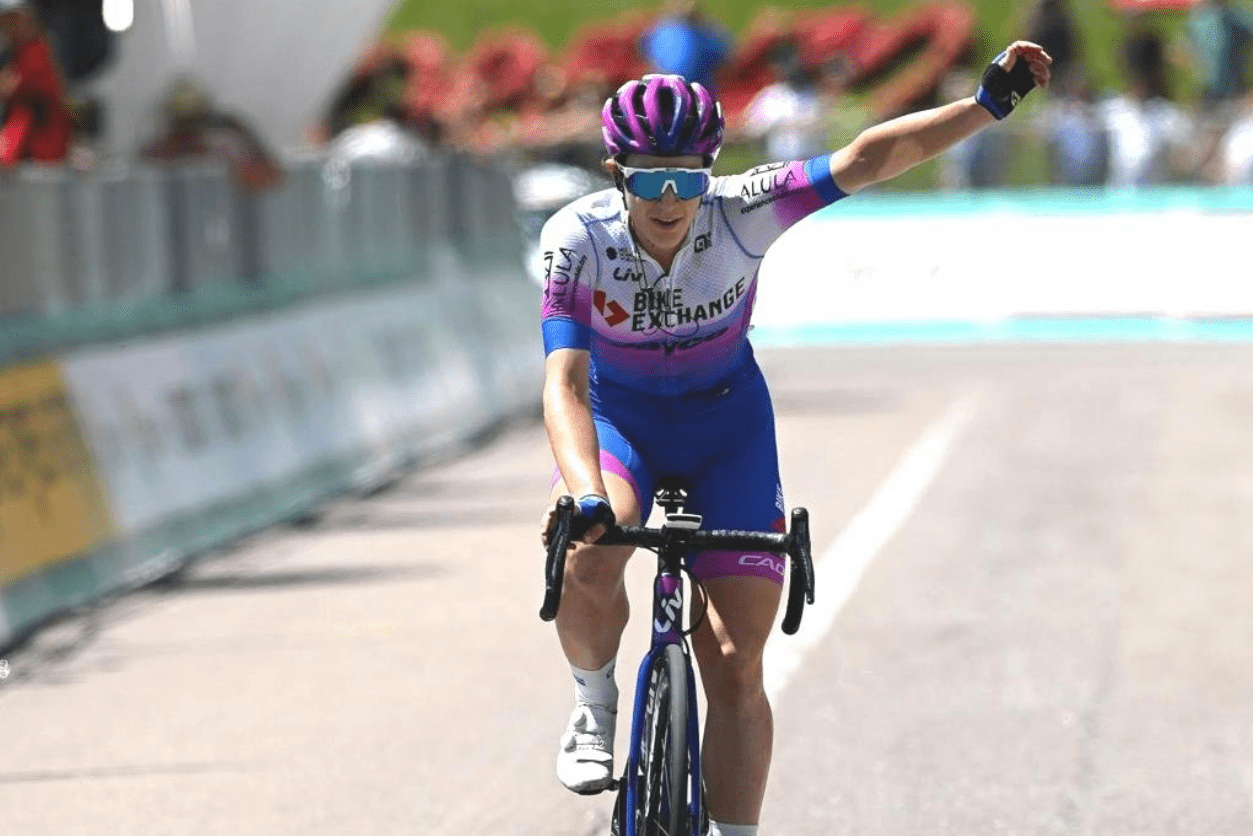 Kristen continues to train and race with Team Bike Exchange from her base in Girona, Spain. We look forward to seeing more from her in the 2023 season.